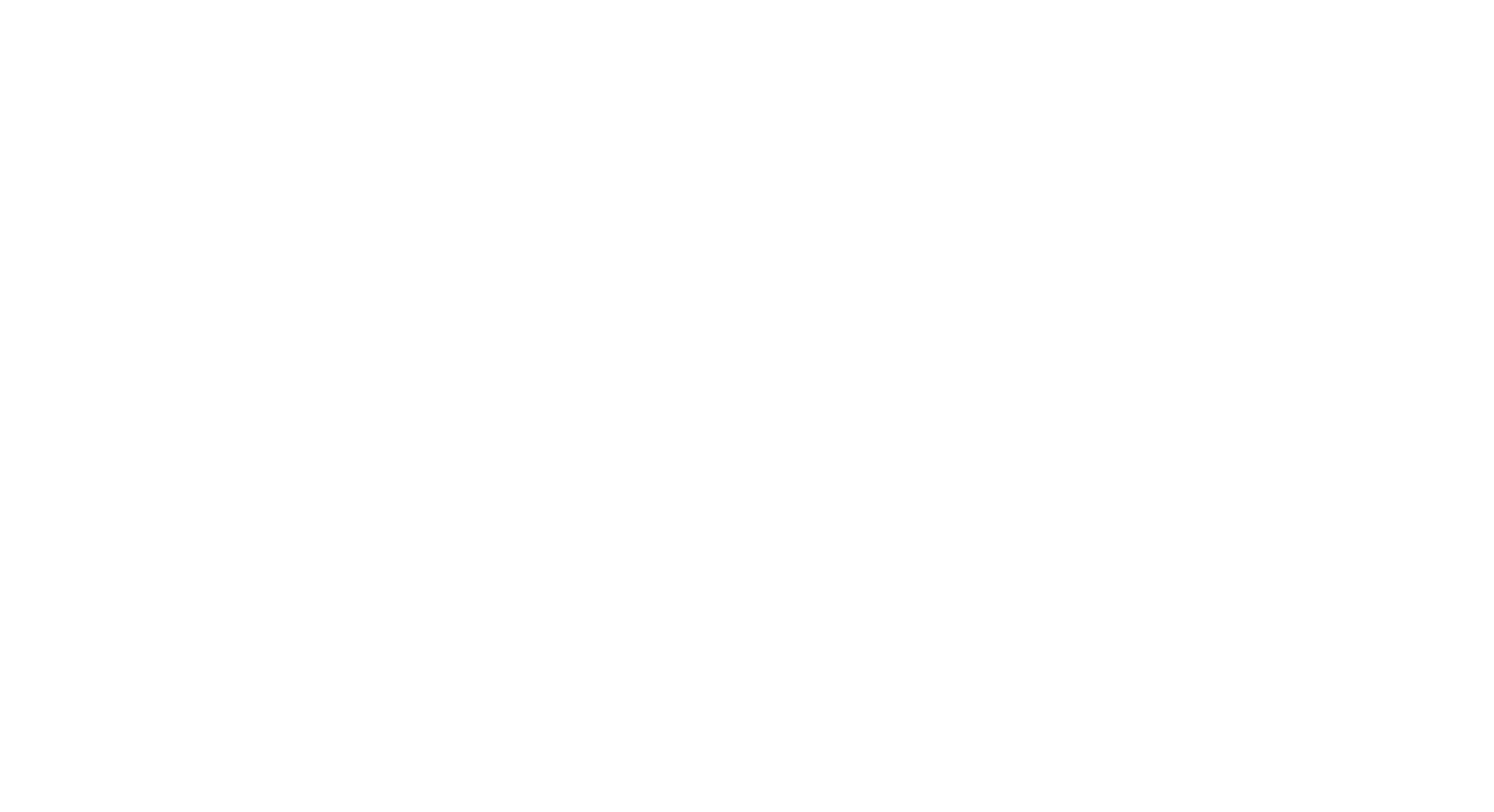 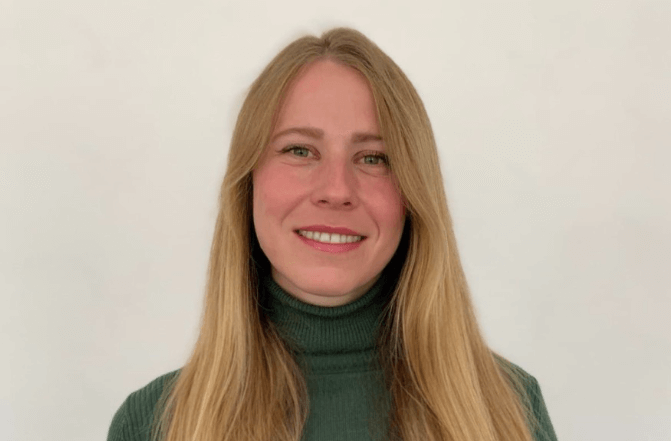 Where did your time go? - Why habits form such a big part of your day

Habits make up about 40% of an ‘average’ day. In this article we cover what exactly are habits and why do we spend so much time on ‘habitual’ behaviour. 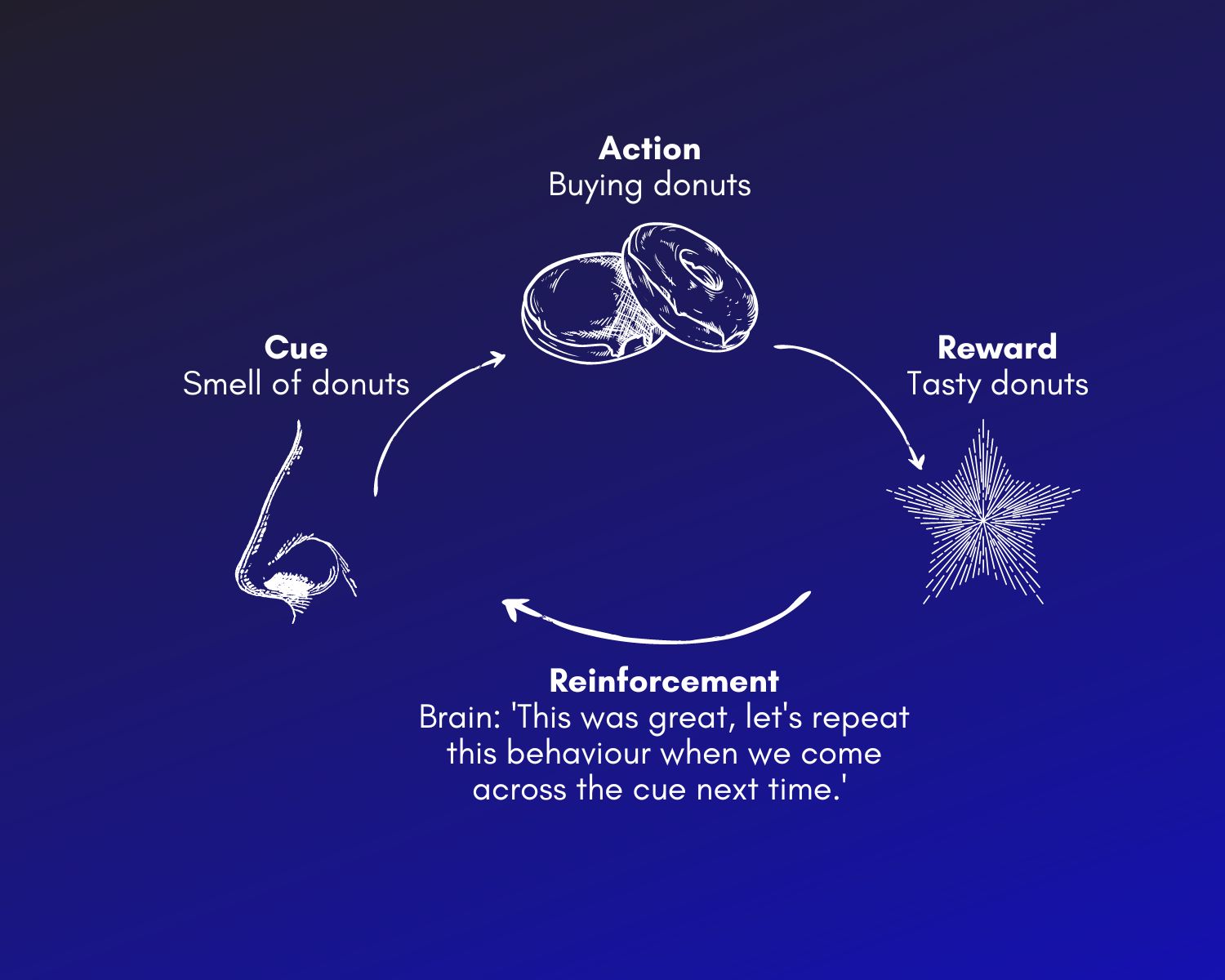 Habits are 40% of your life

40% of your day is spent on things you do habitually - brushing your teeth, driving to work, watching TV... Evolution is ruthless and if habits didn’t have a clear utility they wouldn’t be around anymore. So, is there a good reason for why habits form such a large part of our life?

Before we jump into understanding the ‘why’, let’s cover the ‘what’.The most simple way to explain the concept is that habits are behaviours, which have through repetition become ‘automatic’ upon being presented with a particular trigger/cue and followed by a reward.

Behaviour that becomes a habit can over time become something you are almost unaware of doing - the first time you drive to a new office, you are very aware of what is happening. But after years of driving the same route, you have no conscious memory of driving to work that morning.

In a very simplified way - a habit starts out as a deliberate and conscious action - for example you decide to buy a donut in a shop that popped up near the park where you walk your dog every morning. The donut tastes amazing (reward), so you continue buying the donut (action/behaviour) every morning as you walk past the shop and smell the donuts (cue).

Eventually, if you repeat the same sequence of behaviours, the mere smell of the donut, triggers the ‘automatic’ behaviour of you purchasing the donut, followed by the reward of how good the donut tastes.

Why do habits exist?

The answer to why habits are around lies in what happens in our brain when we form a new habit. In the 1990s researchers at MIT peeked into what the brain is doing when habits form by imaging the brains of rats.

The experiment was simple:

- A rat would be placed in a T-shaped maze, behind a partition, so it couldn’t see what was behind the barrier. 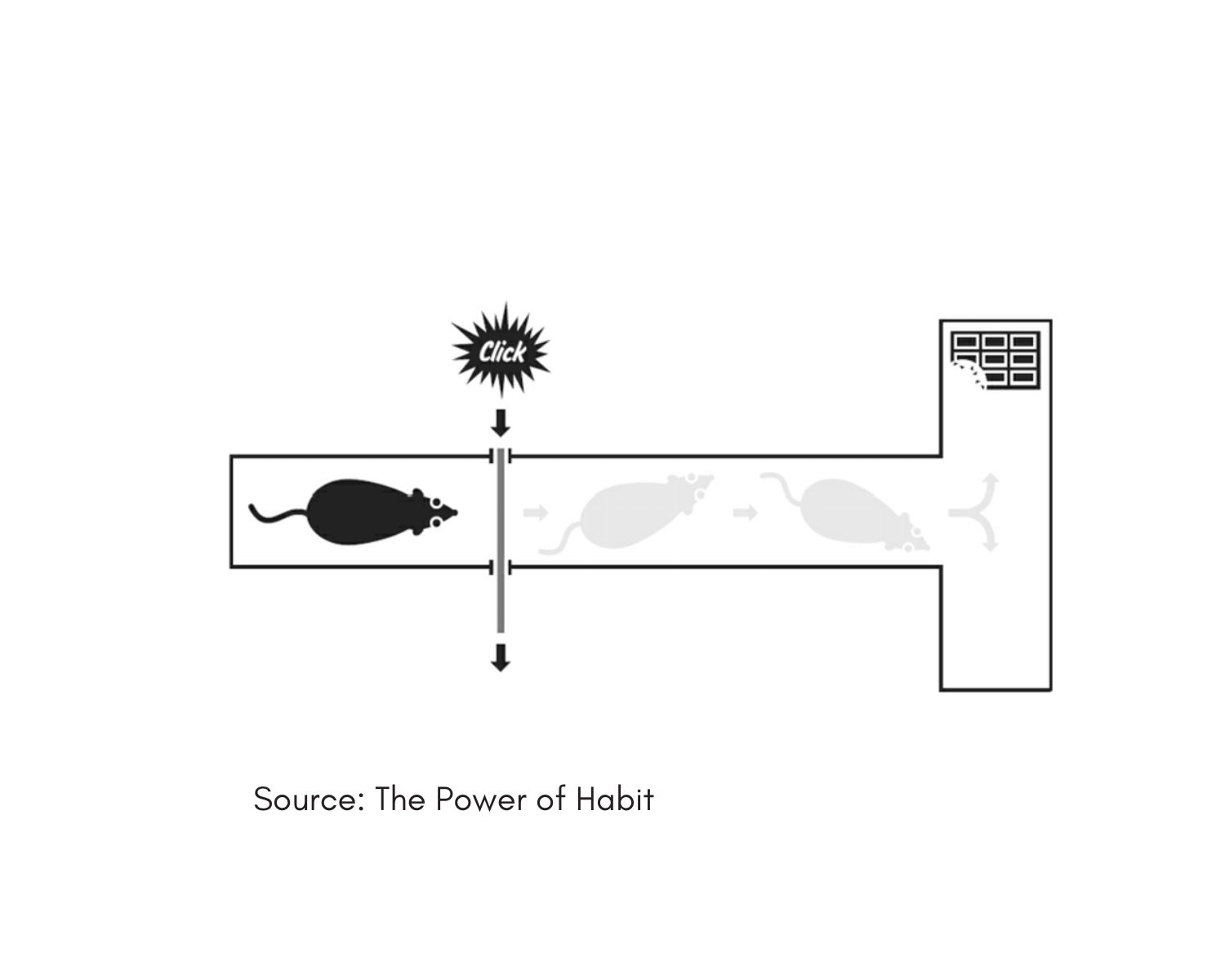 After a loud ‘click’ the partition opened and the rat would be free to explore the maze. Rats are naturally curious creatures, so they would sniff and scratch around the maze, smelling there was a reward somewhere ‘chocolate’ (which apparently is one of the best ‘baits’ or rewards for rats because of its distinctive aroma).

At first, the rats would take a long time to locate where the chocolate was, they would stop to sniff and often take a wrong turn or linger in places before they located chocolate.

When the researchers imaged what was happening in the rats’ brains in this initial phase they saw that the brain was very active throughout.

There was an initial spike in activity when the partition opened, followed by activity corresponding to the exploratory behaviour while the rat searched for the chocolate and finally a spike marking the point when the rat found the reward. 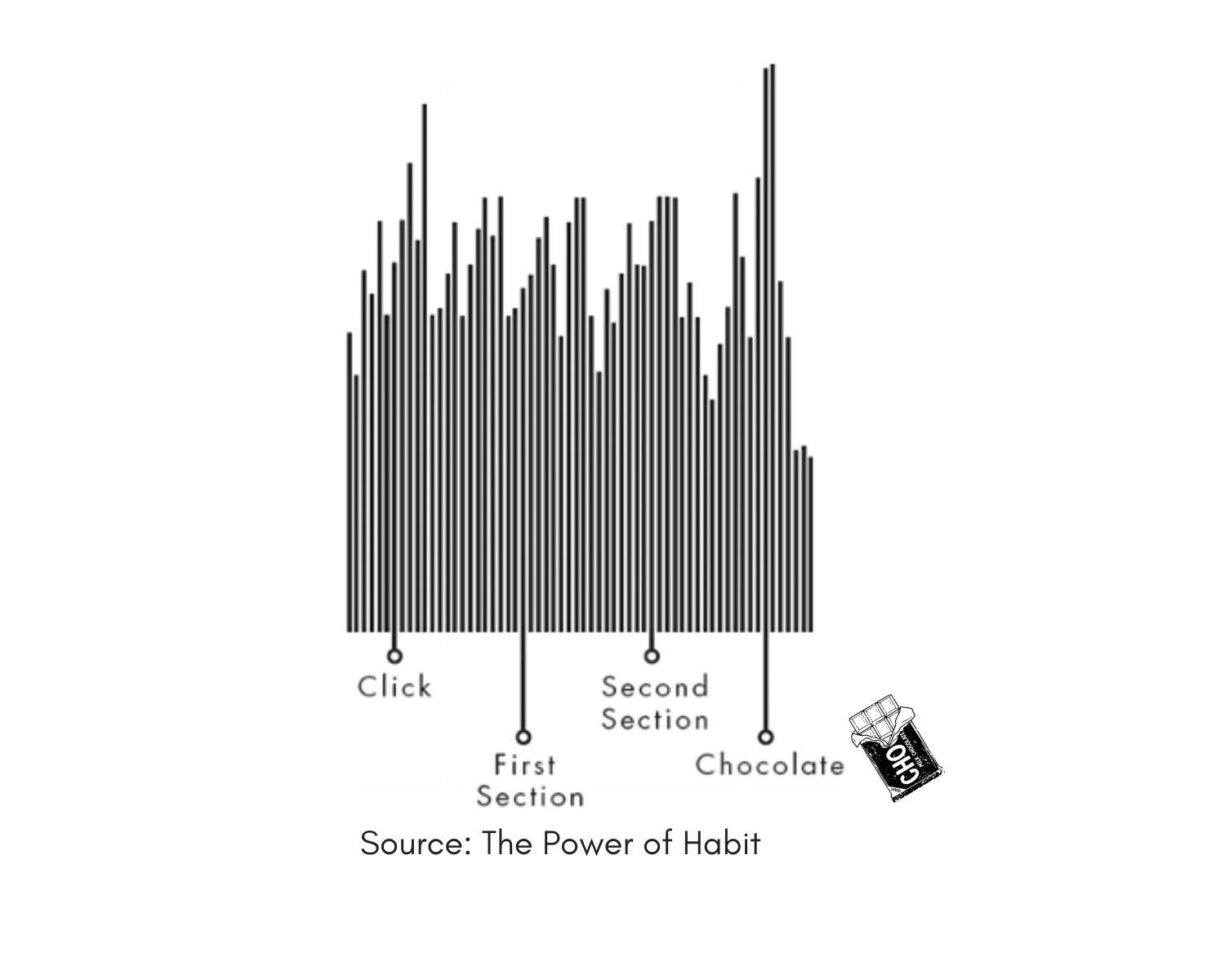 Over time as the rats were exposed to the maze again and again, they became faster at finding the chocolate.

They would no longer sniff and scratch on the walls, but as soon as they heard the loud click and the partition opened, they would head straight for the reward in record time. 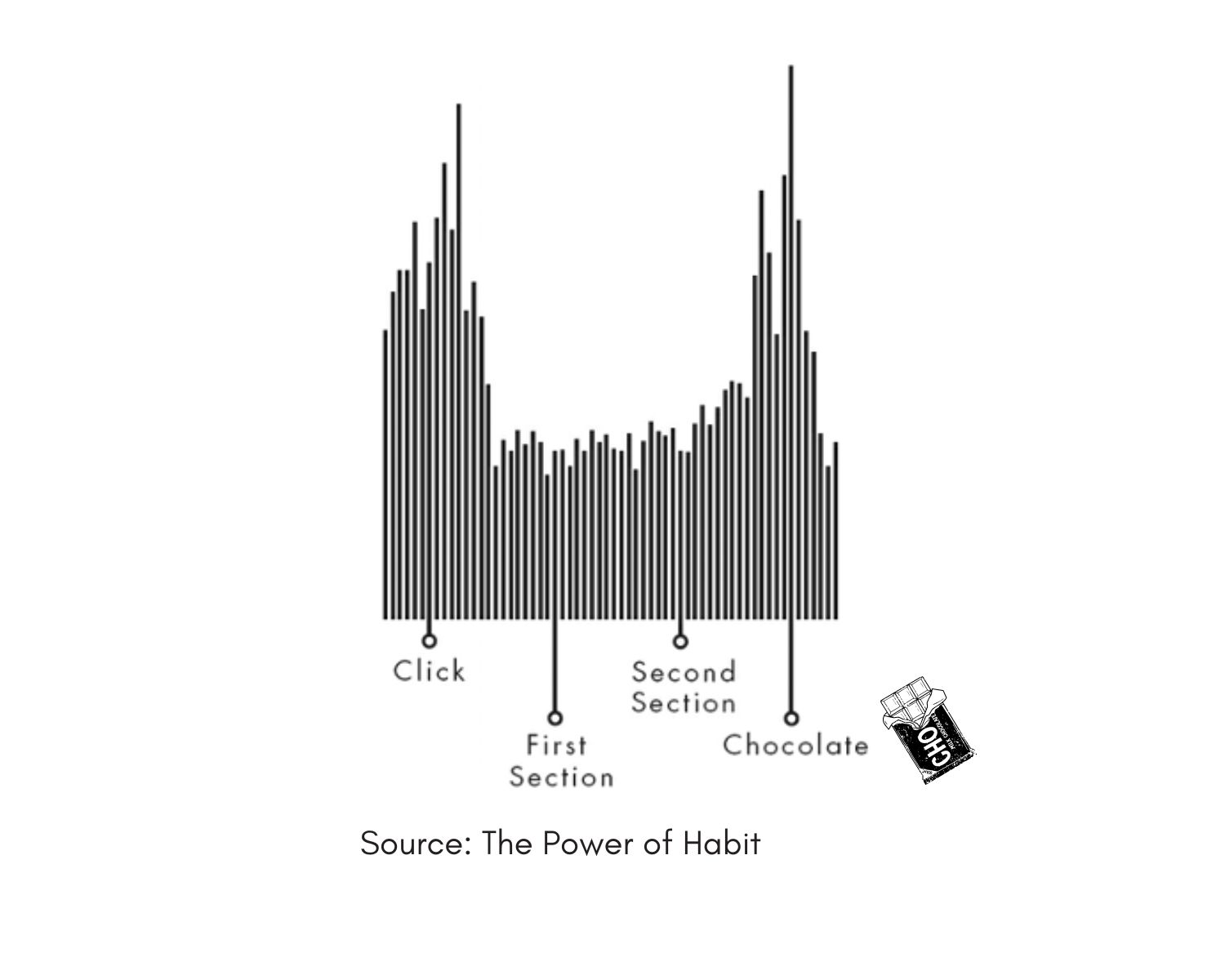 Initially, when the rats were discovering the maze, the brain had to work at full power, but as the rats learned to recognise the environment and the sequence of movements to locate the reward, their brain activity decreased. Their behaviour upon recognising the situation they were in got more and more automatic.

This is similar to what happens in our everyday life. Say you move to a new house. When you have to back out of your garage the first time, it takes a great amount of effort. You have to check your mirrors, carefully navigate the space and operate the gas pedal to avoid hitting your garage door or the tree outside. Over time, the effort of getting your car out of the garage is easy, you do all the moves automatically.

Habits emerge to save the brain energy and processing power. Your brain learns to recognise a trigger or cue where a routine behaviour can follow.

The brain ‘chunks’ the sequence of behaviours that it performed after this cue was presented in the past, without you having to engage in conscious effort. This frees up your brain to pay attention to other things in your environment and makes you more efficient.

What would happen if you didn't have habits?

People with injuries to the parts of the brain crucial in forming habits demonstrate well how important a part habit play in our lives.

The part of the brain that is particularly important in habit formation is called the basal ganglia. People with injuries in this part of the brain often become mentally paralysed - they have issues with doing basic things like opening doors, deciding what to wear and even recognising facial expressions as particular emotions, because they can’t decide which part of the face to look at.

Habits then seem to play a crucial role in making it possible for us to navigate life more easily - respond quickly and effortlessly to situations we’ve encountered before and make decisions on the fly.

Habits form around 40% of the ‘normal’ day for a person - saving you lots of effort and energy every day! Without habits, you’d be more tired and have to expend more energy on everything you do.

So, it turns out habits are pretty important - treasure your ability to behave habitually, even if sometimes those habits get in your way.

Anna is one of the co-founders of Alto, a life-long learner and experimenter seeking to live better every day.

How to stick with good habits and routine

Strategy on a page - template

What is strategy - video

Five strategic questions to ask before starting a task

Where did your time go? - Why habits form such a big part of your day

Build a morning routine to optimise your day